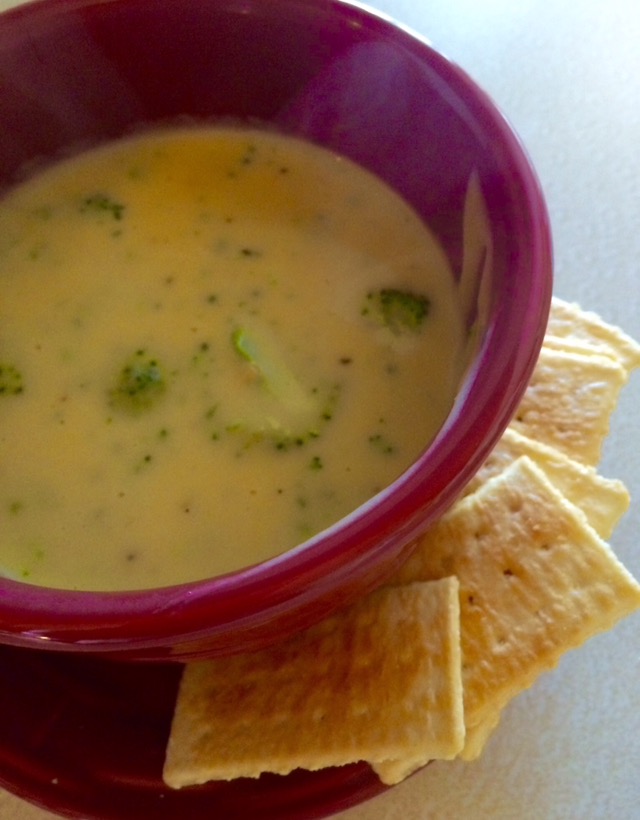 The following “Chew This!” column has been reprinted from “The Courier-Times”, Sunday, October 18th 2015 edition. By: Blaise Doubman

Growing up I was never really a fan of soup, but gradually as I matured, I learned (and was taught) that making soup was really an art, and I grew to love and respect it. Looking back, the art of making soup was really in my genes. My Grandma Barbra makes the absolute best potato soup, my Mom makes the best chili (isn’t chili a soup?), my Grandma Deloris is known for her oyster soup, and my Grandpa Max used to make the best beef stew that ever hit my lips. With all of this delicious soup-making in my history, you would think I would have grown up loving it! But that wasn’t the case… Maybe I didn’t think it was substantial enough to consider it a meal, or even to give it a try.

Over the years though, I’ve learned a lot of the tricks of the trade, so to speak, when making soups. I have learned that each person makes their soups a little different than the person who taught them before, and I’ve learned that you have to have patience! Patience is defined as, “the capacity to accept or tolerate delay” which I have had to really work hard on over the years. I find now though, that making soup is a stress reliever! Standing, stirring and watching the pot slowly simmer, is just about the perfect way of taking your mind away to a less stressful place. There’s also something about a warm bowl of soup that just hits the spot on cold and blustery days. They may not be here yet, but they’re coming believe me, and when they’re here you will want to have this recipe handy!

This soup is the perfect combination of broccoli and cheese. You would think that the cheese would overwhelm the delicate taste of the broccoli, but it doesn’t in this recipe. Boiling the broccoli first ensures that the broccoli will be tender and flavorful in the final soup. Serve with crackers if desired.

Start by removing the tops of the broccoli, discarding the stalks and chopping the tops into fine pieces. Place the chopped broccoli in a large pot, with one cup of the water and teaspoon salt and place over high heat. Once brought up to a boil, cover the pot with a lid and allow to boil on high for five minutes. This will tenderize the broccoli.

Once the broccoli has boiled for five minutes, add the chicken broth, whole milk, cubed cheese and butter. Adjust the heat to medium, stirring to incorporate everything, making sure the soup doesn’t come to a boil.

In a small bowl, mix together the cornstarch with the remaining ½ cup of water and stir until no lumps are visible.

Add this mixture to the soup and stir until thickened.

In a separate bowl, combine sour cream with one cup of the hot soup mixture and stir until evenly combined. Add this mixture to the soup, and stir well.

Bring the soup up to a near boil, lower the temperature slightly and serve warm.